Thai AirAsia (FD) is a low cost carrier airline flying to domestic & international routes. The airline gives the passengers with a cabin baggage allowance of 7 kg and maximum size of 56 cm x 36 cm x 23 cm (L x W x H). The ticket fare does not include free checked baggage allowance. Check in time at the airport starts from 180 minutes prior to the departure time. Check in online is allowed for flight with the airline on Thai AirAsia official website page. It can be processed 14 days prior to departure time.

1. Go to Airpaz site, or open the Airpaz application (Android/iOS) on your handphone. 2. Fill in the details in the flight search box. 3. Choose your perfect flight. 4. Fill in the contact detail and passenger information on the booking page. 5. Process payment through the selected payment method. 6. Get your Thai AirAsia flight e-itinerary in the My Booking page, or in your email.

The payment for your Thai AirAsia booking on Airpaz can be made via bank credit card, PayPal, bank transfer, and over the counter methods. For a complete information, visit Airpaz Payment Guide page.

Thai AirAsia is the result of AirAsia Berhad (Malaysia AirAsia) expansion to Thailand, and a joint venture between the Malaysian low-cost carrier and Thailand’s Asia Aviation Plc. It was established two years after AirAsia was bought by its owner, Tony Fernandes, from DRB-HICOM in 2004. The first ever flight under the airline was a domestic flight from Don Mueang International Airport to Hat Yai International Airport. At first, the airline only operate flights between Bangkok and Hat Yai, it started serving more domestic and international routes. Currently, it operates 62 airlines in its fleet to more than 60 destinations both in Thailand and other countries in Asia such as China, Viet Nam, Malaysia, and Singapore.

Thai AirAsia has a fleet composed of Airbus aircrafts with different series, the A320-200, A320neo, and A321neo. The total number of aircrafts in the fleet is 62 aircrafts, with 10 A321neo still being ordered.

All passengers (except infants) are allowed to bring 2 cabin/hand baggages for free: 1 luggage, and 1 laptop bag/hand bag/small bag. For the cabin baggage allowance, the dimensions of the cabin luggage must not be more than 56cm x 36cm x 23cm, and it must fit in the overhead storage compartment in the aircraft. As for the smaller bag, it must not exceed 40cm x 30cm x 10cm, and will fit under the seat in front of you. The total weight of both cabin baggage should not exceed 7kg.

Thai AirAsia does not provide free checked baggage allowance for the passengers.

If the cabin baggage allowance is not enough and you plan to carry more, you can add extra checked in baggage allowance from the airline. It offers an allowance of 15kg (only on domestic flights), 20kg, 25kg, 30kg, and 40kg (also available for international routes). The check in luggage price varies between routes, and you can check it here Liquid, aerosol, and gels (LAG) items are not prohibited and can be carried on board, as long as the passenger follow these restrictions: LAG items such as perfume, drinks, gels, toothpaste, and creams must be put in a container that has a maximum weight of 100gr, or maximum volume 100ml. LAG item in a container bigger than the maximum weight or volume is not allowed on board, although it is only part-filled. All the LAG items must be put in a transparent plastic resealable bag with a maximum sealed area of 80cm (eg. 20x20cm or 15x25cm), and maximum volume of 1 litre. Each passenger is only allowed ONE resealable plastic bag. Disclaimer: Information stated above is intended for general guide only, and may be changed by the airline with no prior notification. Contact the airline for further information. 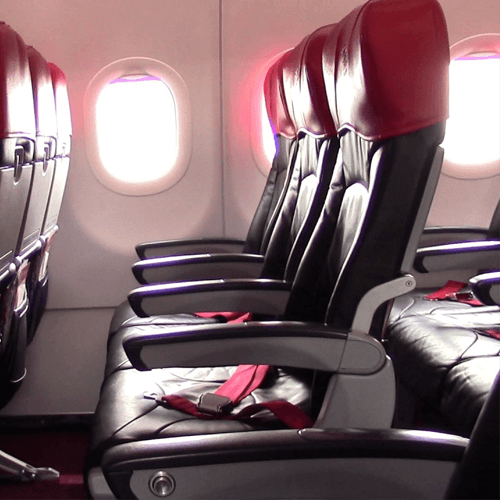 Thai AirAsia offers several seat options for its passengers that depend on the route and aircraft used on the route. Currently, the airline operates using only the Airbus A320 so there are only two seats: Hot Seat and Standard Seat. The Standard Seat has a pitch of 28” and seat width of 16-17”. The Hot Seat, however, comes with 29” pitch and 17” width complete with 20.3” legroom for seats in row 1, 12, and 14. Passengers in the Hot Seat will also be allowed to board the plane first. If you purchase the Value Pack, you can choose a seat from the Standard Seats for free although you would still have to pay to book the Hot Seat. If you decide not to choose a seat or purchase the Hot Seat, you will be automatically allocated a seat. 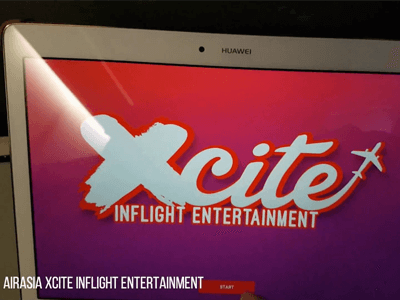 The airline provides various inflight services and comforts for the passengers to enjoy, meals, and free WiFi that would let you access a flight entertainment portal. However, although the airline provides a free to access inflight WiFi, you would need to bring your own gadget. Connecting your gadget to the WiFi will direct you to ROKKI portal, and you can access entertainment such as movies, video streaming, music, and magazines.

Free snack/beverage is not available during flights with Thai AirAsia. 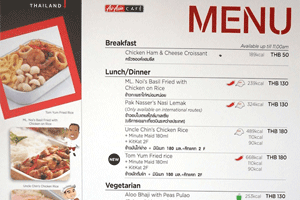 There are various type of snacks and and meals that the airline offers, from Malay to Indian and Thai foods. The price of the snacks and beverages range from 40 to 80THB, while the hot meal costs 150 to 200THB. You can also pre-book the meal for a more economical price on their website to get a better deal. Check the full inflight menu here. 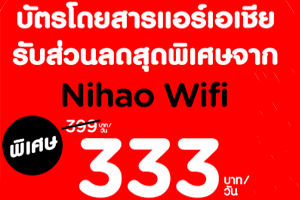 The inflight entertainment in AirAsia is provided through ROKKI, the airline’s on board WiFi that allows the passenger to connect their personal device to the internet during flight. ROKKI also provides free movies, video stream, music and magazines that the passengers can enjoy without paying extra. However, the free connection cannot be used to access other applications outside of the inflight entertainment provided. If you want to access your social media, chatting apps, or other applications, you have to purchase the WiFi data. You can purchase the WiFi data before flight here or on board by using cash or credit card. 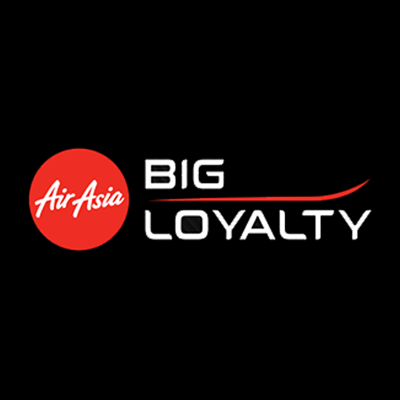 Privilege program is available for the loyal customers of Thai AirAsia, and more detail on it can be read here.

Passengers can check in online through the official website of Thai AirAsia. To do so, click here to go to the airline’s check-in page. Online check-in can be done 14 days prior to scheduled departure time.

For the complete Conditions of Carriage of Thai AirAsia, click here.

V = Available X = Not Available $ = Additional Note: 1. Value Pack passengers will need to pre-select their meal here. There are two choices: vegetarian and non-vegetarian hot meal. 2. Passengers with the Premium Flex and Premium Flatbed fares will be charged the fare difference from the flight date and time change IF the change is made 2 hours before the scheduled departure time. Passengers who are travelling with child(ren) and/or infant(s) should check this link for specific fare rules, baggage, and additional passenger policy. The airline may change its policy without any prior notification. To get an update when it happens, and for their policy on insurance, or flight delay, check the airline’s fare rules page here.