Hong Kong Airlines (HX) is a full flight airline operating international routes. The airline provides the passenger with a cabin baggage allowance of 7 kg and maximum dimension of 56 cm x 36 cm x 23 cm (L x W x H). Passenger can check in at the airport 180 minutes prior to the departure time. Check in online is available for flights on Hong Kong Airlines official website. It can be processed 2 days prior to departure time.

1. Go to Airpaz website, or open the Airpaz application (Android/iOS) on your handphone. 2. Fill in the details in the flight search box. 3. Choose the best flight. 4. Fill in the passenger information and contact details on the booking page. 5. Complete your payment through the selected method. 6. Find your Hong Kong Airlines flight e-ticket in the My Booking page, or in your registered email.

Payment for your Hong Kong Airlines ticket booking on Airpaz can be made via bank PayPal, bank transfer, credit card, and over the counter methods. For more complete information, visit Airpaz.com Payment Guide page.

Hong Kong Airlines operates using a number of airplanes, all of which can be seen below:

If you have any question for the airline or are facing any issue during your travel such as delayed flights or lost baggage, you can directly contact the airline. One of the ways to contact the airline is by sending an email to call.center@hkairlines.com. The Hong Kong Airlines customer service call center can be contacted on one of the following phone numbers :

Passengers flying with Hong Kong Airlines are provided a cabin baggage allowance included in their ticket fare. The the max dimension of the baggage put in the cabin is 56 cm x 36 cm x 23 cm (L x W x H), while max weight of the luggage is 7 kg.

Excess checked baggage allowance weight can be bought on Airpaz. Disclaimer: Information stated above is intended for general guide only, and may be changed by the airline with no prior notification. Contact the airline for further information. 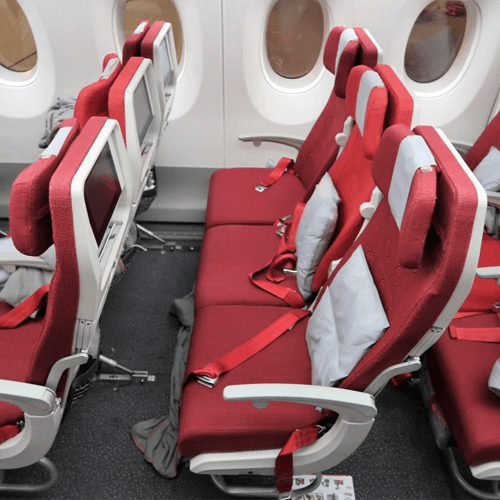 The size of the standard seat for the Economy Class in Hong Kong Airlines is 18 inch. 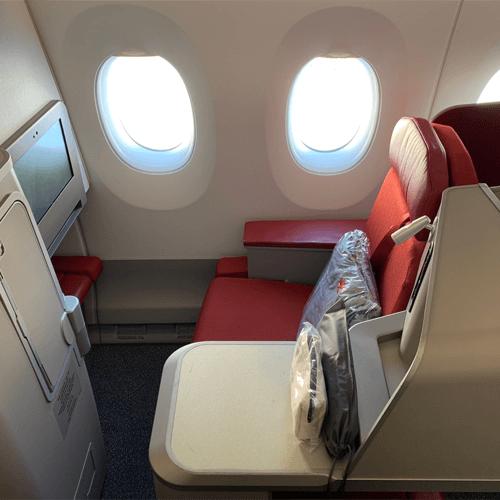 The standard seat size of the Hong Kong Airlines Business Class is 21 inch. 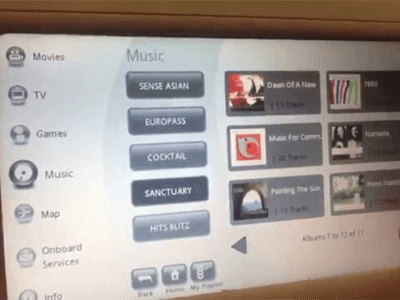 Hong Kong Airlines provides services and in-flight entertainment for the passengers while flying on their aircraft, such as movie,TV.

Free snack/beverage is provided during flights with Hong Kong Airlines. 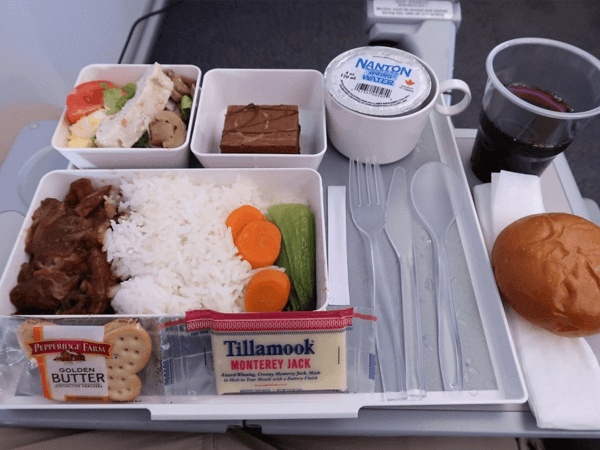 According to the availability, passengers can order beverage to enjoy in their flight.For the airline's meals and beverages menu, click here. 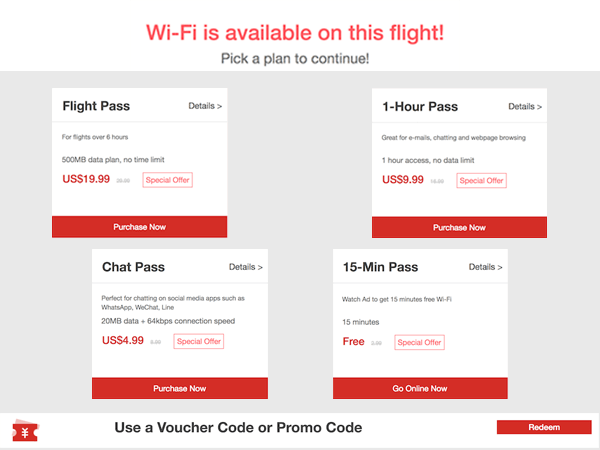 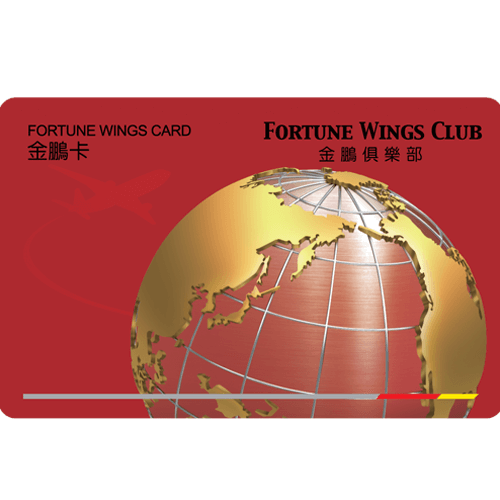 Privilege program is available for the loyal customers of Hong Kong Airlines, and further information on it can be accessed here.

Passengers can check in online through the official website of Hong Kong Airlines. To do so, click here to go to the airline’s check-in page. Online check-in can be done 2 days prior to scheduled departure time.

Airport check in can be done in the Hong Kong Airlines check-in counters 180 minutes prior to the scheduled flight departure time. You are advised to check in at least one and a half hours before the check in and baggage drop counter at the airport closes.

Hong Kong Airlines allows kiosk check-in services for the passengers, that can be accessed at the departure city airport depending on the availability. For further information on this service, contact the airline call center. The check in time is 2 hours before the departure time.

Changes such as reschedule can be made to the tickets by directly contacting the airline. For more information on Hong Kong Airlines ticket and fare rules, click here. Disclaimer: The airline may change its policy without any prior notification. To get an update when it happens and for their policy on insurance, flight delay, etc. check the airline’s fare rules page or directly contact the airline.