Scoot TigerAir (TR) is a low cost carrier airline operating international routes. The cabin baggage allowance given by this airline is 10 kg and max dimension of 38 cm x 23 cm x 34 cm (L x W x H). The ticket fare does not include checked baggage allowance. Passenger can check in at the airport 180 minutes prior to the scheduled departure time. Check in online is allowed for flight with the airline on Scoot TigerAir official website. It can be done 3 days prior to scheduled departure time.

1. Go to Airpaz website, or access the Airpaz application (Android/iOS) on your handphone. 2. Fill in the details in the flight search box. 3. Choose your perfect flight. 4. Fill in the passenger and contact information on the booking page. 5. Process payment through the selected method. 6. Get your Scoot TigerAir flight e-itinerary in the My Booking page, or in your registered email.

The payment for your Scoot TigerAir ticket on Airpaz.com can be made via bank credit card, bank transfer, PayPal, and over the counter methods. For the complete information, visit Airpaz Payment Guide page.

Scoot TigerAir operating with IATA code (TR) and ICAO code (TGW) is operated under Scoot Pte. Ltd.. The airline was first established in 2011. Across the years, Scoot TigerAir always strives to obtain a position as one of the promising airlines in the future. This airline was first commenced on 04-06-2012. The first ever flight route was Singapore (SIN) - Sydney (SYD) using Boeing 777. Scoot TigerAir has been awarded “Best Low-Cost Carrier” by Travel Weekly Asia 2019 Readers’ Choice Awards, “Best Low-Cost Carrier” by TTG Travel Awards 2019, awarded Diamond Status in Global Airline Health Safety Audit by APEX Health Safety in 2021, 2021 World’s Best Long-Haul Low-Cost Airline by SKYTRAX. Today, the airline has succeeded in reaching has carried over 65 million guests, and has a fleet of close to 50 aircraft, comprising its widebody Boeing 787 Dreamliners and single-aisle Airbus A320 family aircraft. And now, Scoot’s network presently encompasses 68 destinations across 15 countries and territories in Asia-Pacific and Europe.

Scoot TigerAir cabin crew wears a uniform that is dominated by black and yellow. For male flight attendants, they wear black and yellow highlights on the polo shirts. black buttons are sewn on with yellow threads and black trousers. For female flight attendants, they wear black, yellow colour with the asymmetric dress design and higher waistline and black, yellow skirt. The design itself was perfectly laid out, making it easier for the crew to move around the cabin while serving the passengers.

Scoot TigerAir has a number of airplanes, all of which can be seen in the following table:

If you have any inquiry for the airline or are facing any difficulty in the airport such as lost baggage or delayed flights, you can contact the airline The Scoot TigerAir customer service can be contacted on one of the following phone numbers :

Passengers using the service of Scoot TigerAir are provided a cabin baggage allowance included in their ticket fare. The maximum weight of the baggage is 10 kg, while the max dimension of the luggage put in the cabin is 38 cm x 23 cm x 34 cm (L x W x H).

Free checked baggage allowance is not provided for the passengers flying on Scoot TigerAir.

Extra checked baggage allowance weight can be bought on Airpaz.com. Disclaimer: Information stated above is intended for general guide only, and may be changed by the airline with no prior notification. Contact the airline for further information. 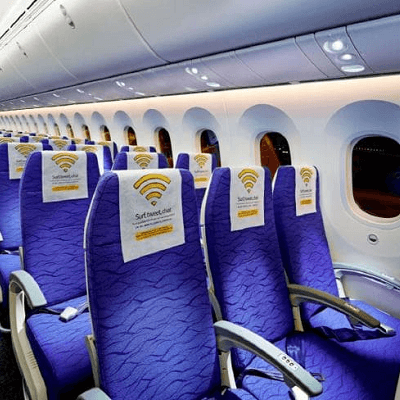 The size of the standard seat for the Economy Class in Scoot TigerAir is 28" seat pitch and 20.5" seat width. 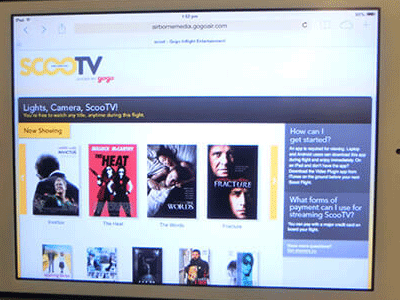 Scoot TigerAir provides services and in-flight entertainment for the passengers during flight on their aircraft, such as ScooTV, magazine.

During flights with Scoot TigerAir free snack/beverage is not available. 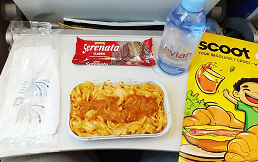 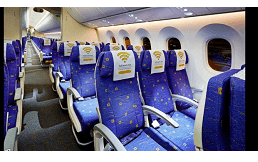 In-flight WiFi is available during flight with Scoot TigerAir. 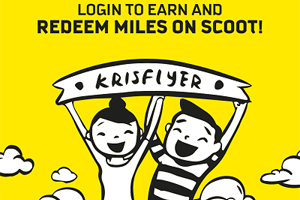 Scoot TigerAir has a privilege program for their customers, and more detail on it can be accessed here.

Passengers can do web check in through the official website of Scoot TigerAir. To do so, click here to go to the airline’s check-in page. Online check-in page can be done 3 days prior to scheduled departure time.

Check-in counters for Scoot TigerAir opens 180 minutes before the departure time. You are advised to check in at least one and a half hours before the check in and baggage drop counter at the airport closes.

Kiosk check-in services is available for the Scoot TigerAir passengers, and may be accessed at the departure city airport according to the availability. For more information on this service, contact the airline customer service. The check in time is 3 hours before the flight departure time.

For the complete Conditions of Carriage of Scoot TigerAir, click here.