Vueling Airlines (VY) is a low cost carrier airline flying to domestic & international routes. The cabin baggage allowance given by this airline is 10 kg and maximum dimension of 55 cm x 40 cm x 20 cm (L x W x H). Free checked baggage allowance is not included in the ticket. Check in time at the airport starts from 120 minutes prior to the scheduled flight departure time. Check in online is available for flights on Vueling Airlines official website page. It can be done 7 days prior to scheduled departure time.

1. Visit Airpaz website, or open the Airpaz application (Android/iOS) on your mobile phone. 2. Fill in the details in the flight search box. 3. Choose the best flight. 4. Fill in the contact information and passenger details on the booking page. 5. Process your payment through the selected payment method. 6. Receive your Vueling Airlines flight e-itinerary in the My Booking page, or in your email.

Payment for your Vueling Airlines ticket on Airpaz can be made via bank credit card, bank transfer, PayPal, and over the counter methods. For the complete information, visit Airpaz Payment Guide page.

Vueling, which comes from the word ‘vuelo’ or ‘fly’ in Spanish, is a low-cost airline based in Spain and Italy. The airline operates under the IATA and ICAO code VY and VLG respectively. Their hubs are in the El Prat de Llobregat airport in Barcelona, and the Leonardo da Vinci Airport in Italy. The address of their head office is Parque de Negocios Mas Blau II, Pla de l’Estany, 5, 08820 El Prat de Llobregat - Barcelona (Spain). They also have an office at the Barajas Airport Terminal 4. The airline operates direct and connecting flights to more than 100 destination airports in Africa, Asia, Europe and Middle East. To support their operation as the airline with the most destination number in Spain, they have thirteen additional bases at the A Coruña, Alicante, Amsterdam, Bilbao, Florence, Lisbon, Madrid, Málaga, Palma de Mallorca, Paris-Orly, Santiago de Compostela, Seville, and Valencia. The airline also has one seasonal base at the famous tourism city Ibiza. The airline has codeshare agreements with various airlines including British Airways, Cathay Pacific, Iberia, LATAM Brasil, and Qatar Airways. It is also in the top 20 of World’s Best Low-Cost Airlines 2018 award by Skytrax.

Vueling Airlines, S.A. was established in February 2004, and started its operation only a few months after that on the 1st of July the same year with a flight between Barcelona and Ibiza. In its early years, the airline only serve Brussels, Ibiza, Palma de Mallorca, and Paris-Charles de Gaulle from their base in Barcelona. Madrid was announced to be their second base in 2005, followed by Paris Charles de Gaulle in 2007 and Seville in 2009. After a financial concern and management reshuffle in 2007, Vueling merged with its Spanish low-cost airline rival Clickair. This deal was subject to scrutiny by the European competition regulators, since it would give the airline advantage over 19 routes. It was approved after the release of slots at Barcelona and other European airports. The merger was finally completed on July 15 2009 with all previous Clickair flights and aircrafts rebranded under the Vueling name. The expansion did not stop there, with Vueling announcing a new base at the Toulouse Airport in France and Amsterdam to open in April 2011. That year, the airline company also bought nine more aircrafts from Airbus, composed of Airbus A319 and A320 aircrafts. In 2012 Rome was announced to be a new base, giving access to numerous new destinations from and to Rome. It’s followed by the opening of a base in Florence, which serves four new European destinations including their first domestic Italian route: Florence-Catania.

The airline has three choices of uniforms for the female flight attendants: a one-piece dresses or blouses with skirts or trousers in white and grey paired with grey or yellow scarves. The male flight attendants’ uniforms are composed of a set of grey suit paired with grey neckties. Both genders are also given a newly designed overcoat, also in grey, and a pair of black gloves. The design is meant to project a more modern image, and emphasize values of professionalism, elegance and friendliness. 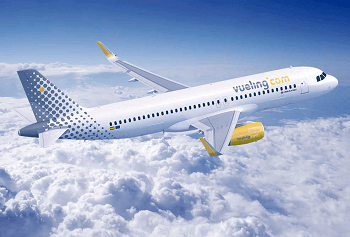 As of 2018 Vueling’s fleet consists of 117 operating aircrafts, and the airline is currently placing orders for 43 more.

If you have question for the airline or are facing any issue during your flight such as lost baggage or delayed flights, you can directly contact the airline The Vueling Airlines customer service can be contacted on one of the following numbers:

Live chat service is not available for passengers of Vueling Airlines.

For cabin baggage, Vueling allows the passengers to bring a hand baggage, a smaller bag (laptop or handbag), and additional bag for any purchase made at the airport. The hand luggage’s maximum size is 55x40x20cm, and weight is not more than 10kg. For the smaller bag, its maximum dimension is 35x20x20cm. If you intend to bring a smaller bag AND a bag for airport purchase, they both have to fit under the front seat. If you’re travelling with a baby, you can carry the baby’s needs inside your hand luggage. If your hand luggage complies to the size rules but does not fit in the overhead locker, it will be taken to the cargo hold with no extra cost. However if it exceeds the baggage limit, you will be charged an extra fee at the airport, and only card payments are accepted.

Vueling Airlines does not give free checked baggage allowance for the passengers.

Although you will not get a free checked in baggage allowance, you can purchase and add baggage allowance both online through the website/app and the airport. For a complete estimation for the add luggage cost, see below: *The price listed may change according to your destination. Each passenger are allowed to bring a maximum of 3 check-in baggages that weigh up to 23kg per bag. If your bag is heavier than the additional baggage allowance, you will be charged €12.00 per kilo up to a maximum of 32kg per bag. However, if the route is a connecting flight with another airline, you should also make sure that you follow their rules for the baggage. Disclaimer: Information stated above is intended for general guide only, and may be changed by the airline with no prior notification. Contact the airline for further information. 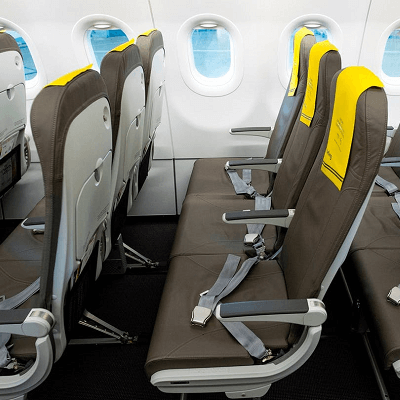 The airline offers various selection of seats, which you can purchase through their website during online check-in, or by calling their Customer Service Centre, and even at the check-in counter or ticket office at the airport. 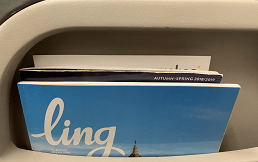 Vueling Airlines provides services and in-flight entertainment for the passengers during flight on their aircraft, such as magazine.

During flights with Vueling Airlines free snack/beverage is not provided. 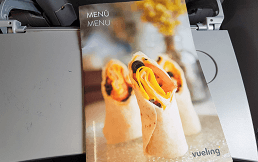 Vueling offers various beverages and snacks for their passengers on board. The menu ranges from simple snacks such as peanuts, crackers, Gourmet Snackbox, to sandwiches and burrito. The beverage menu includes sparkling water, soda, coffee, tea, and a selection of alcoholic drinks such as beer and wine. Passengers flying with the airline can also purchase various products and gift boxes including fragrances, cosmetics and fashion accessories. For the complete catalogue, click here. 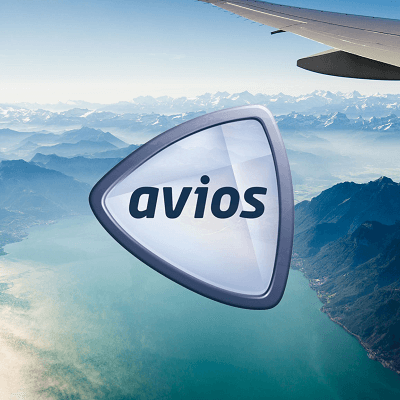 Vueling Airlines has a privilege program for their loyal customers, and more complete detail on it can be checked here.

If you didn’t select a seat when booking the ticket, you can check in online between 7 days and 1 hour prior to the flight departure at every airports except for the ones listed below. However, if you select a seat during booking, or purchased the Optima, Family, or TimeFlex fares, check-in will be done instantly. This means you will get a boarding pass by email directly after the booking is confirmed.

Vueling Airlines provides kiosk check-in services for the passengers, which can be accessed at the departure airport depending on the availability. For further information on this service, contact the airline customer service. The check in time is 4 hours before the flight departure time.

App check-in through the airline’s official mobile (Android/iOS) application is possible. To do so, download the Vueling Airlines mobile application on their mobile phone. The check in time is 7 hours before the flight departure time.

The cancellation policy of Vueling does not allow the passenger to cancel flights, although you can change the flight date and time. You can also change the name of the passenger, all for an extra fee and fare difference. Note: Information on the table is only applicable to Basic Fares. If you want to make changes within 24 hours of making the booking, you can do it for free (only paying for the fare difference if any) on the Manage Booking page on Vueling’s website. If your flight is delayed, you can get a compensation from the airline as listed below: If your flight is cancelled, you will be offered alternative transport or a refund. Passengers whose flight is delayed to the point that their arrival at the destination is 3 hours later than planned, and passenger whose flight is cancelled can get a compensation. To request a refund or compensation, fill in the form in this website here For delayed and/or missing baggage, you can go to the Lost and Found office at the airport to fill in the Property Irregularity Report (PIR). Once you have filled the report, a search for the lost luggage will start. After your bag is found, you will be informed via SMS or by phone, and be sent to the address specified in the PIR. You should get an information about the location of your baggage within 72 hours. For a more complete detail on their baggage delay and damage policy, including how to claim to Vueling, you can click here To read Vueling’s fare rules, visit this page Disclaimer: The airline may change its policy without any prior notification. To get an update when it happens and for their policy on insurance, flight delay, etc. check the airline’s fare rules page or directly contact the airline.